This ESL politics writing page has a range of writing activities and tasks for you to do. Each task is about politics so you will get experience of using the politics words when writing. 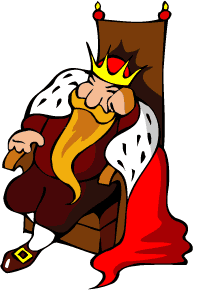 If you do the writing tasks on this page you will be able to practice using the politics vocabulary in a way that lets you have time to chose and use the best word. When doing writing tasks there is no pressure to respond quickly, so you can take your time and chose the best word possible to use in each situation. If you need any help with the vocabulary you should use, you can look at the ESL politics vocabulary page that has a list of words with their definitions.

This page has the following four exercises for you to do:

In this first ESL politics writing activity you need to chose one of the following three topics and write as much as you can about it. You should try to use the politics vocabulary and write using full sentences with proper grammar. The more you write the more practice you will get. You can also write something about the other topics as well if you want to. 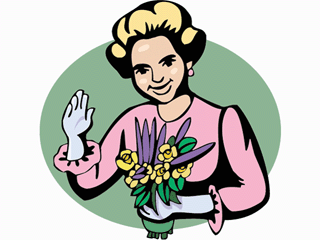 For the second ESL politics writing exercise you need to read and understand the following passage. Then you should rewrite it using different words but keeping the same meaning. The summary should be shorter than the original passage so just keep the most important parts of the information.

In most countries people with similar views about how the country should be run join together to form political parties. These people then aim to get enough support for their party to get politicians elected so they can, if popular enough, become the biggest party and form a government.

Some countries have lots of different political parties while others have only two parties. Some countries have two popular parties and then several smaller parties that are not as popular. In countries with only two parties, the one with the most representatives in the parliament forms the government. While in other countries, the parties will need to form coalitions so they have enough politicians to vote together and pass bills to make laws.

When a party comes into power and forms a government it will try to make laws that follow its beliefs, as the members of that party believe that this is what will be best for the country. The people that voted for a specific party generally like what it stands for and hope that it will help them when the party is in power. If the party does not run the country well, people will not vote for it at the next election, so another party will have a new majority and so be able to form a new government.

In the third ESL politics writing task you need to look at the following picture and describe what is happening. You should write about what you can see in the picture and also imaging what might have happened in the past or what might happen next in the future. Write as much as you can and use as much new vocabulary as possible. 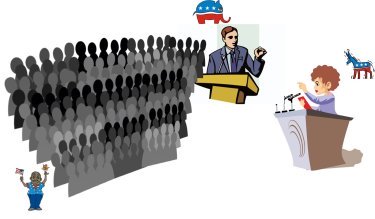 For the fourth ESL politics writing exercise you need to use one of the following two role-play prompts to write your own role-play. In each of the prompts you are told where it happens, what is happening and who it is happening to. You just need to write what they would say to each other. When you have finished writing your role-play you should get some of your friends and act the role-play out so you get experience of saying the words as well as just using them to write.