Many people love their pets and you can use the ESL pets vocabulary on this page to have conversations with them about their pets. 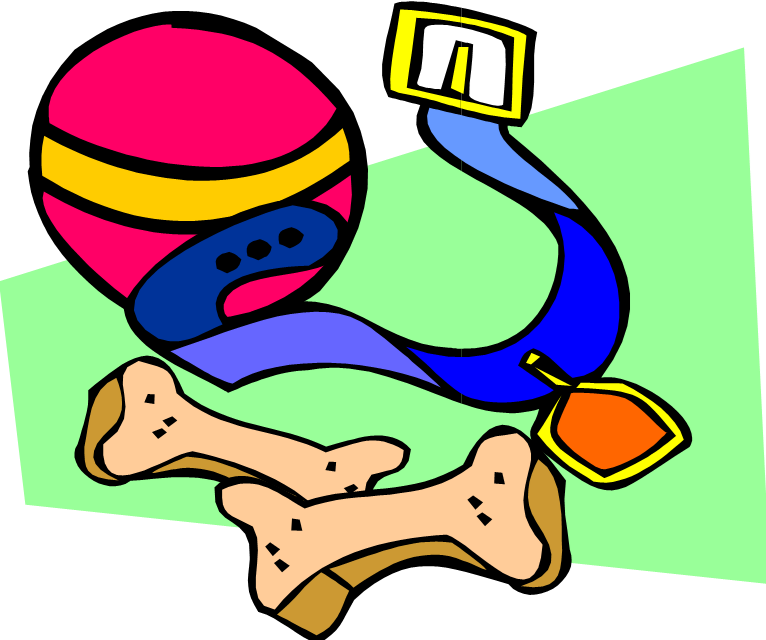 As people love their pets they are generally happy to talk about them, so if you can talk about pets it will be a good way to start a conversation with someone you do not know. This will help you improve your English and help you meet new people.

This page has a list of ESL pets vocabulary items with definitions for you to learn. These are also given as flashcards for you to download and the vocabulary list has been recorded while being spoken by a native English speaker so you can listen to the correct pronunciation. Once you have learnt the vocabulary you can do the three exercises at the end of the page that will test your understanding. The exercises are:

Adorable: Something that is lovely and cute. (adjective)
Allergic: A reaction to something that often includes sneezing. (adjective)
Bark: The sound a dog makes. (noun)
Bird: An animal that flies and has feathers. (noun)
Bite: To use the mouth and teeth to hold something or someone. (verb)
Bowl: What an animal would eat or drink out of. (noun)
Breed: The specific type of animal, e.g. there are many different breeds of dog. (noun)
Cage: A structure made of metal bars that is used to keep an animal in. (noun)
Canary: A small bird that sings a beautiful song and is a yellow color. (noun)
Canine teeth: The sharp and long teeth that some animals have. (noun)
Cat: A furry animal that goes meow with whiskers and a tail. (noun)
Chirp: The noise that a bird makes. (noun)
Claws: The sharp curved parts of animal’s and bird’s feet. (noun)
Collar: A strap around an animal’s neck that is used to attach a lead. (noun)
Crawl: To move slowly. (verb)
Dog: An animal with fur that wags it tail and barks. (noun)
Domestic pig: A type of pig that is kept as a pet. (noun)
Donkey: An animal used to carry loads, now kept as a pet. (noun)
Feathers: The covering of a bird’s body. (noun)
Ferret: A long thin animal that is sometimes kept as a pet. (noun)
Fetch: A game to play with a dog where the person throws something and the dog brings it back. (noun)
Fish: An animal that lives in water and swims. (noun)
Food bowl: The container for an animal’s food. (noun)
Food: What an animal eats. (noun)
Friendly: An animal that likes people. (adjective)
Fur: The hair that covers many types of animals. (noun)
Gecko: A reptile with sticky feet that can climb walls. (noun)
Gerbil: A small animal that jumps with a long furry tail. (noun)
Gold fish: A fish that has a yellow/orange/gold color. (noun)
Groom: To look after the fur of animals so they look smart and clean. (verb)
Groomer: Person who cuts the fur of animals and makes them look beautiful. (noun)
Guinea pig: A small furry animal that has a very short tail. (noun)
Hamster: A small animal that stores food in its cheeks. (noun)
Hedgehog: A small animal that is covered in spines. (noun)
Hops: To use small jumps instead of walking. (verb)
Horse: A large animal that can be ridden by a person. (noun)
ID tag: Something that is attached to a collar and has information about the animal’s owner. (noun)
Kennel: A small house for a dog. (noun)
Kitten: A baby cat. (noun)
Lead: The rope or other material used to stop an animal running away, normally a dog (same as leash). (noun)
Leash: The rope or other material used to stop an animal running away, normally a dog (same as lead). (noun)
Lizard: A reptile with long tail. (noun)
Meow: The sound a cat makes. (noun)
Microchip: A small device put under an animal’s skin to identify it. (noun)
Mouse: A small animal with a pointed nose. (noun)
Parrot: A type of bird that is brightly colored and can learn to speak words. (noun)
Pet owner: A person who looks after and cares for a pet. (noun)
Pet shop: A shop where pets and pet supplies can be bought. (noun)
Pet: An animal that is kept by a person to be a friend. (noun)
Pigeon: A type of bird that can be kept as a pet and used to fly in races. (noun)
Playful: An animal that wants to have fun with people. (adjective)
Puppy: A baby dog. (noun)
Purr: The sound a cat makes when it is happy. (noun)
Rabbit: A furry animal with big ears that hops. (noun)
Rat: A smallish animal with a pointed nose and long tail, bigger than a mouse. (noun)
Reptile: An animal that has cold blood, such as a snake, gecko or lizard. (noun)
Ride: To sit on an animal while it moves. (verb)
Scales: The hard covering found on some reptiles such as snakes. (noun)
Shy: An animal that is scared of people. (adjective)
Slither: The movement a snake makes. (verb)
Snake: A reptile with no legs or arms. (noun)
Spider: An animal with eight legs. (noun)
Spines: The thick, strong and sharp covering on some animals. (noun)
Stroke: To use a hand to play with an animal’s fur (same as to pet) (British English). (verb)
Tail: The long and thin part of an animal that comes out of the end of the back. (noun)
Tank: A container for fish. (noun)
Teeth: The white hard parts of the mouth used for chewing. (noun)
Tie up: To use a rope or other material to attach to an animal’s collar so it will not run away. (verb)
To pet: To use a hand to play with an animal’s fur (same as stroke) (American English). (verb)
Treats: Special food for an animal. (noun)
Vet: (Veterinarian) A person who looks after sick and hurt animals. (noun)
Wag: To move a tail from side to side. (verb)
Walk: To take an animal, mainly a dog, to get exercise. (verb)
Whiskers: The long strong hairs growing from an animal’s cheeks. (noun)

The following flashcards have all the vocabulary items from the above list, with many of them illustrated by pictures. Click on the following link to download them. 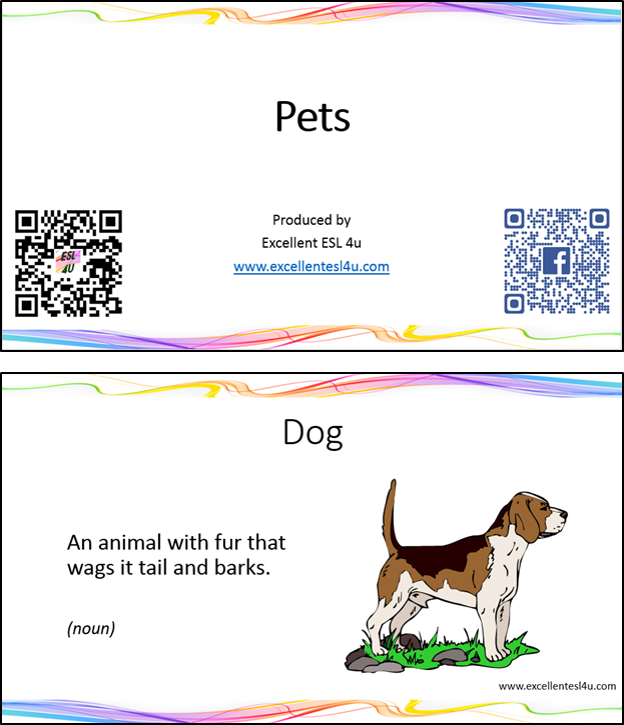 Below is a recording of the vocabulary being spoken by a native English speaker. Listen to the recording to learn the correct pronunciation. You can also watch the flashcards while listening to the pronunciation in the following video as well.

In this ESL pets vocabulary exercise there are five questions, and each one you are given a word and you need to choose the correct definition (A-D) of it.


Choose the correct definition for the pets vocabulary in this quiz.

This exercise is similar to the one above, only that this time you are given the definition in the question and have to choose the correct word (A-D) that matches it.

Below there are five pictures (A-E) that show items from the ESL pets vocabulary list. In each question identify the correct word (A-D) that corresponds to the picture. 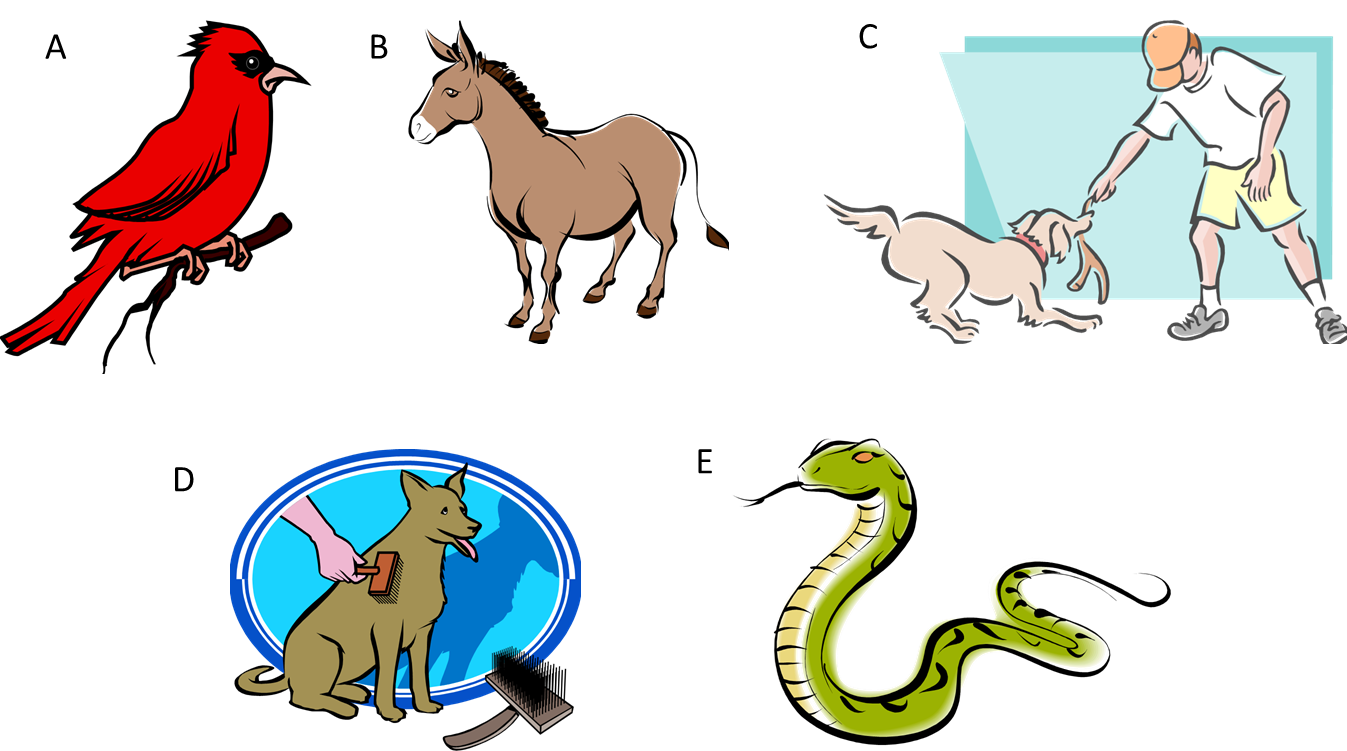