This page is all about ESL describing people writing. The page has a range of tasks for you to do that will let you practice your writing.

When you write you can think about the best word to use and spend time finding the best way to phrase something. This is useful as you will hopefully remember what you did when you need to speak or understand English and so will be able to do that faster. You can work slowly now so you will understand more in the future. If you need and help with choosing the best words when doing these ESL describing people writing activities you can look at the ESL describing people vocabulary page.

This page has the following four exercises for you to do:

In the first ESL describing people writing task there are three topics for you to write about. You should choose one of the topics and then write as much as you can about it. Use as much of the describing people vocabulary as possible and use full sentences and paragraphs. The more you write the better your English will get. Once you have finished the first topic you can then try the other two if you want.

For the second ESL describing people writing activity you need to read the following passage and then write a summary of it. This means that you need to write a new passage that means the same as the original but that uses new words and sentence structures to explain it. A summary should be shorter than the original so just keep the main information.

The way we look can change as we get older. Even the clothes we choose to wear can make us look different from one occasion to another. Someone that we know may not be recognised if they put on sunglasses or a hat.

However the way we move, walk, run, our length of stride, is unique. Our posture will change as we get older, and a person who was always tall and straight may become bent and stooped in later years.

Looking at faces can reveal a person's character. A face full of lines may make someone appear older that they actually are. They may have formed because a person has had a hard or difficult life. Coping with sadness, anxiety and worry leaves its mark.

Lines around the eyes can make the face look happy. Frowns on the forehead and a mouth that droops at the corners make a person look cross and grumpy. Bags under the eyes and excessive amounts of loose skin around the neck and jaw create an image of a person older than their chronological age.

Living in a hot dry climate has, over the years, an effect on the skin. Living at high altitudes alters the skin and can result in deep wrinkles.

A person with a calm persona, not easily upset, who is confident and happy, reflects these qualities in their face and their posture. They may also live a longer life than a person of the same age beset with worries, less confident and of a nervous disposition.

Now in the third ESL describing people writing exercise you need to look at the following picture of some people and describe them. You can either describe one of them in detail or you can describe all of them if you want to. Try to write as much as you can and use full sentences. 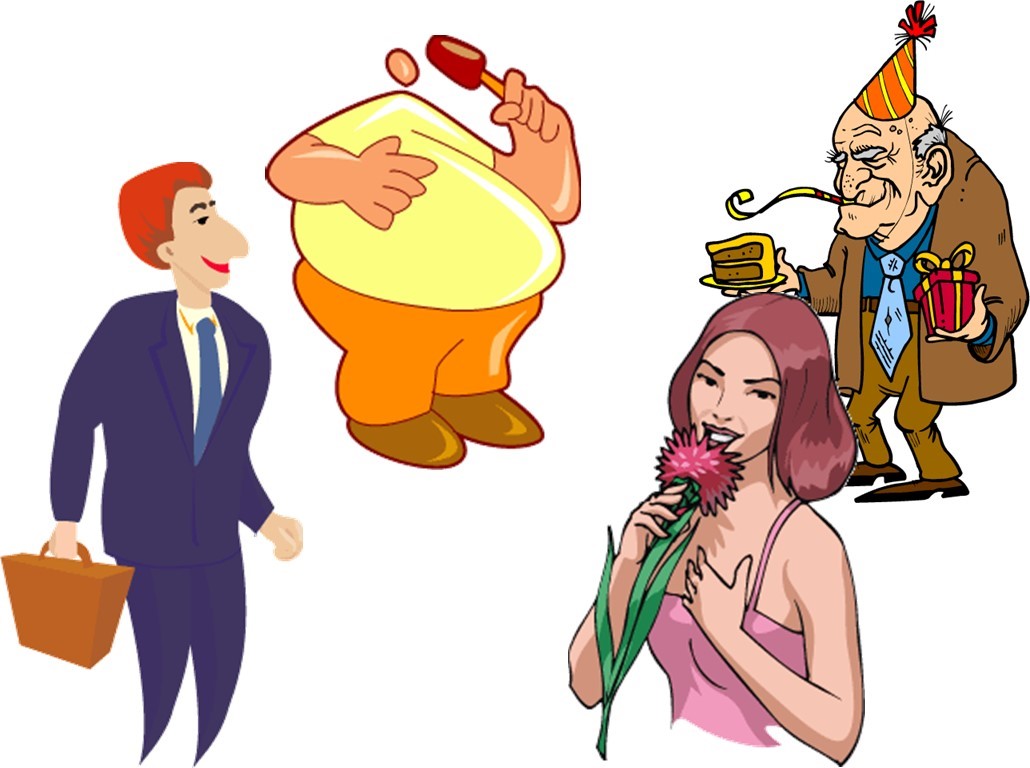 For the fourth ESL describing people writing task you need to write a role-play using one of the following role-play prompts. In each role-play you need to write what the participants would say to each other. Write enough so that a full conversation can take place. Once you have finished your role-play you can act it out with some friends so you also get experience of speaking English.