Then finally the list has been recorded being spoken by a native English speaker and is included in two forms. One for you to just listen to and the other for you to watch a video of the flashcards at the same time as listening to the pronunciation.

After that there are the three ESL work vocabulary exercises for you to do to test your knowledge of the vocabulary items. The exercises are as follows:

The following list of ESL work vocabulary has many words that you should learn to be able to talk about work. Following the list there are some flashcards with pictures of many of the ESL work vocabulary items that you can download. Then there are the recordings of the list being spoken by a native English speaker so you can hear the pronunciation.

Click on either the picture or link below to download the flashcards so you can print them and use them anywhere to learn the ESL work vocabulary. 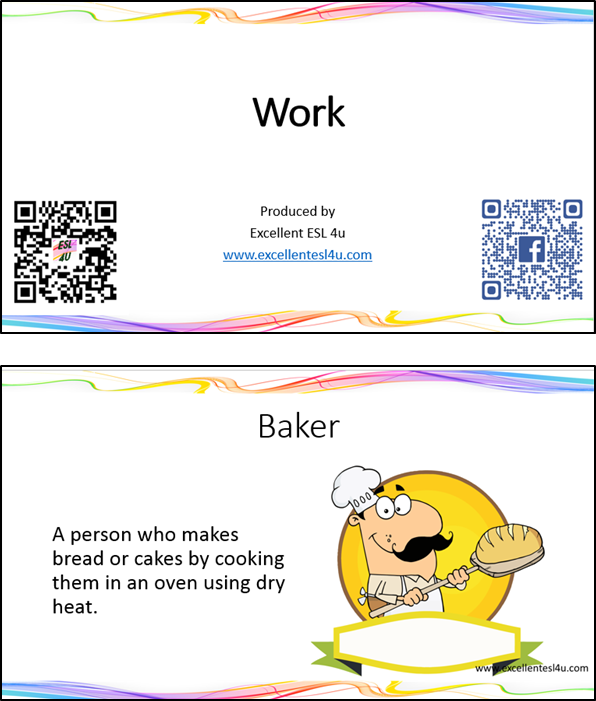 Below are two recordings of the ESL work vocabulary being spoken by a native English speaker. The first is a recording that you can just listen to, while the second is a video of the flashcards being shown with the correct pronunciation for each word.

In this ESL work vocabulary task you need to look at the vocabulary item given in each question and decide which definition (A-D) in each question is correct. Once you have finished you can click the get score link at the end of the exercise to see how well you did.


Choose the correct definition for the work vocabulary in this quiz.

In the next ESL work vocabulary activity you are given a definition in each question and have to decide which word (A-D) matches it. Again you can click the get score button to see how well you did.

For this ESL work vocabulary exercise you have been given five pictures, and in each question you need to decide which word (A-D) matches the corresponding picture. As before, you can click the get score button to see the correct answers when you have finished. 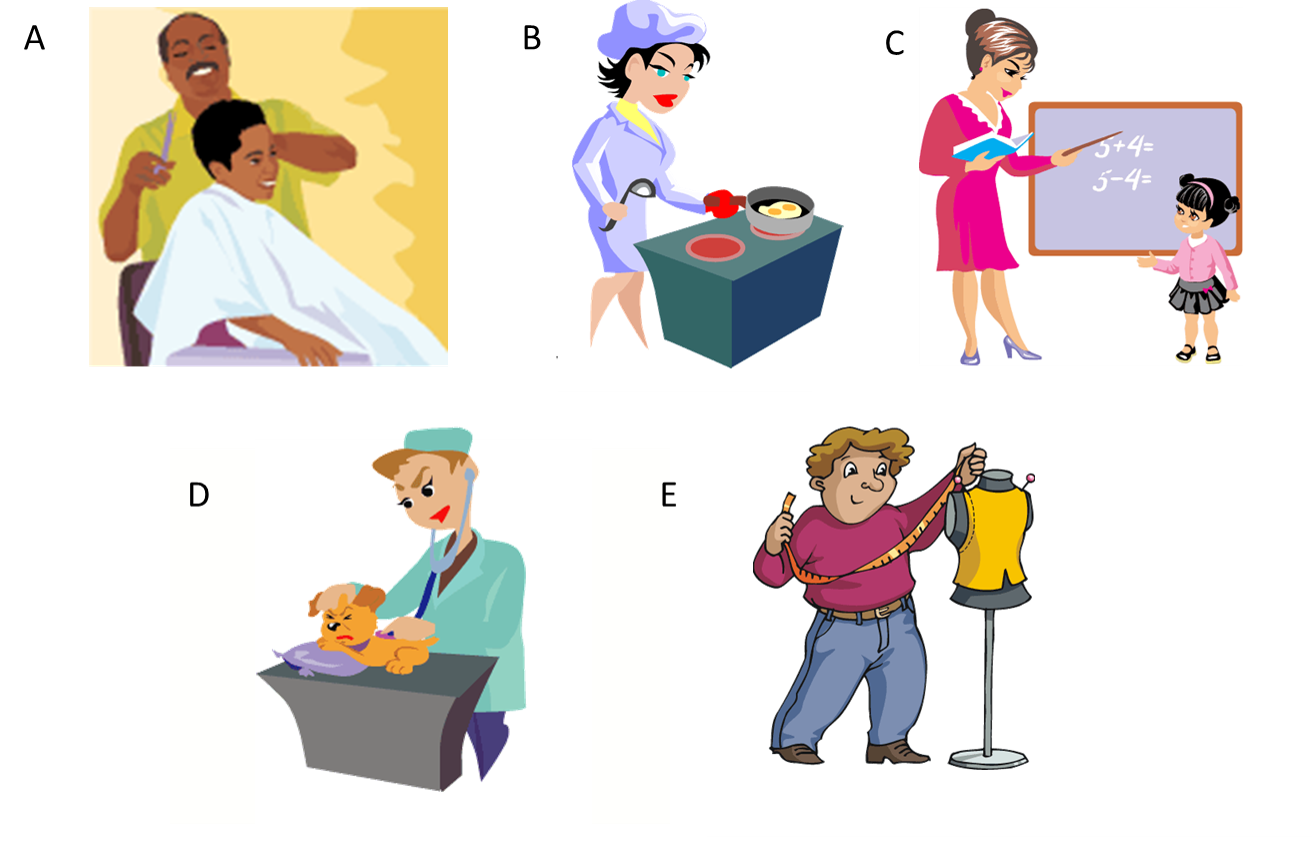