When traveling abroad it is important to have a good ESL legal vocabulary. You hope you do not need to use it, but just in case you get into trouble or someone else needs your help, you should make sure you know plenty of vocabulary about the law.

This page will help you do this by giving you a list of vocabulary about the law and legal areas. The vocabulary given on this page will let you know and understand what is happening if someone commits a crime or you need to go to court. All of the items in the vocabulary list have a definition so you know what they mean. Then there are flashcards of the vocabulary for you to download and use when you are offline.

After that the ESL legal vocabulary has been spoken by a native English speaker and recorded so you can listen to the correct pronunciation. The recording is included in two forms: first as a simple recoding that you can listen to and then as a video you can see in which the flashcards are shown while the words are spoken.

Then there are three exercises for you to do to test your knowledge of the ESL legal vocabulary.

The following free flashcards of the ESL legal vocabulary are for you to download and use. You can save a pdf of them by clicking the picture or link. 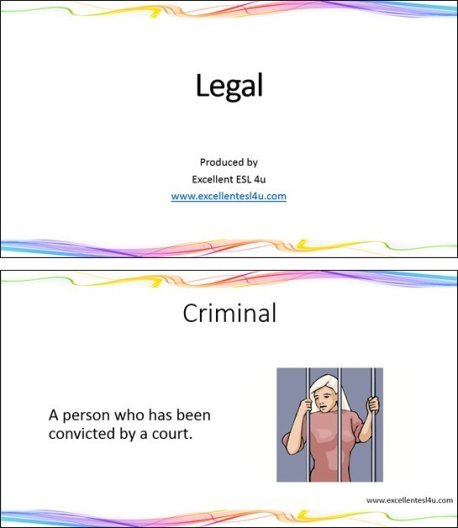 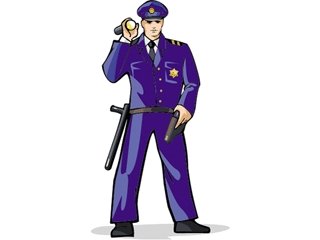 This ESL legal vocabulary exercise has five questions in which you have to identify the correct definition (A-D) for the word given in each question. At the end there is a get score button for you to click to see how well you did.


Choose the correct definition for the legal vocabulary in this quiz.

This time in the ESL legal vocabulary exercise, in each of the five questions you are given the meaning of the word and have to choose the correct option (A-D) that matches it. Again you can see your score by using the get score button.

For this ESL legal vocabulary exercise you are given five pictures of vocabulary items and you need to choose the option (A-D) that matches each picture. Click the get score button to see how well you did. 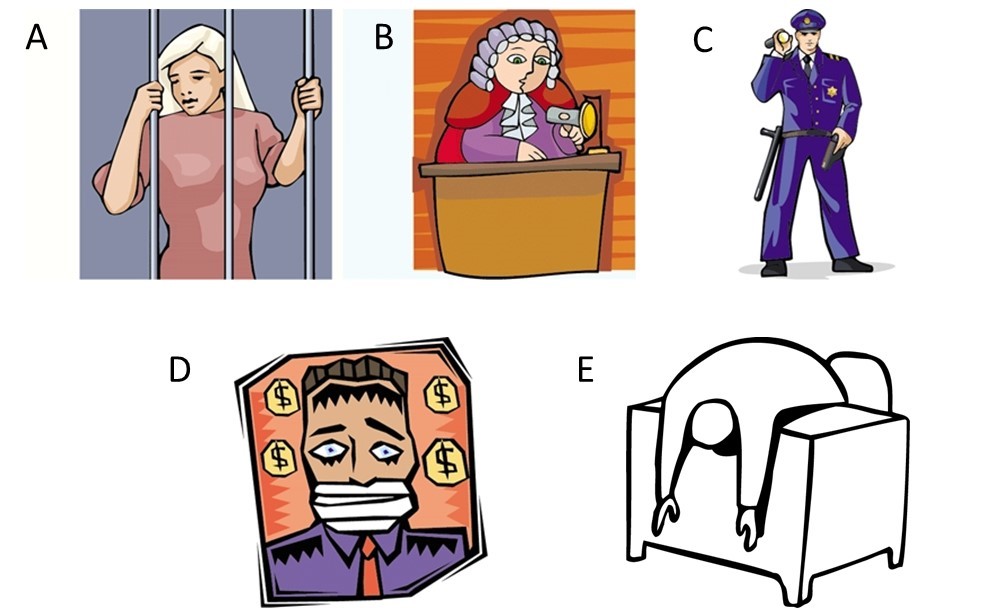