There is an ESL baby vocabulary list on this page that you can use to learn words all about babies and small children. You will be able to use these words when you need to talk to someone about their children or tell people about your own children.

For the second half of the ESL baby vocabulary page you have some tasks to do that will test your understanding of the words you have learnt. There are three tasks as follows:

The following is a list of the ESL baby vocabulary that you should try to learn. Each word has a definition and the part of speech is also included. Then after the word list there are some picture flashcards that you can download to use offline and then a recording of the vocabulary being spoken by a native English speaker.

This part of the page has a set of picture flashcards showing the ESL baby vocabulary. Many of the words have pictures to show you what they mean. You can download the flashcards by either clicking the following picture or link. 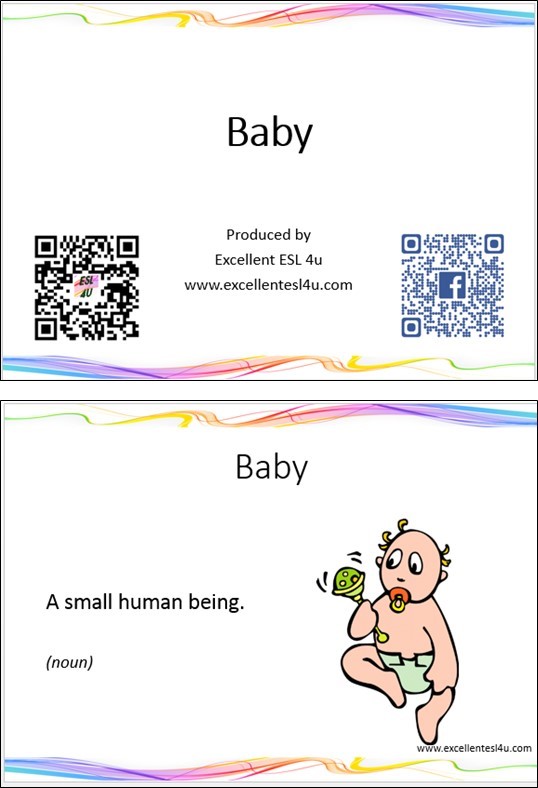 There are now two recordings of the ESL baby vocabulary being spoken by a native English speaker. If you listen to the recordings you will be able to hear the correct way to pronounce the words. With the first recording you can just listen to it. However, for the second recording you can also watch the picture flashcards at the same time as hearing the words. Listen as often as you need so you can learn the correct way to say the words.

In this ESL baby vocabulary exercise you need to decide which option (A-D) in each question has the definition that matches the word given in the question. When you have answered all the questions you can use the get score button to see how many you got correct.


Choose the correct definition for the baby vocabulary in this quiz.

Now for the next ESL baby vocabulary activity you need to look at the definition given in each question and decide which option (A-D) has the word that matches the definition. Again you can use the get score button to see the correct answers.

For the last ESL baby vocabulary task you need to look at the following pictures and then decide which option (A-D) in each of the questions has the word that goes with the picture. Then when you have finished you can see the correct answers by clicking the get score button. 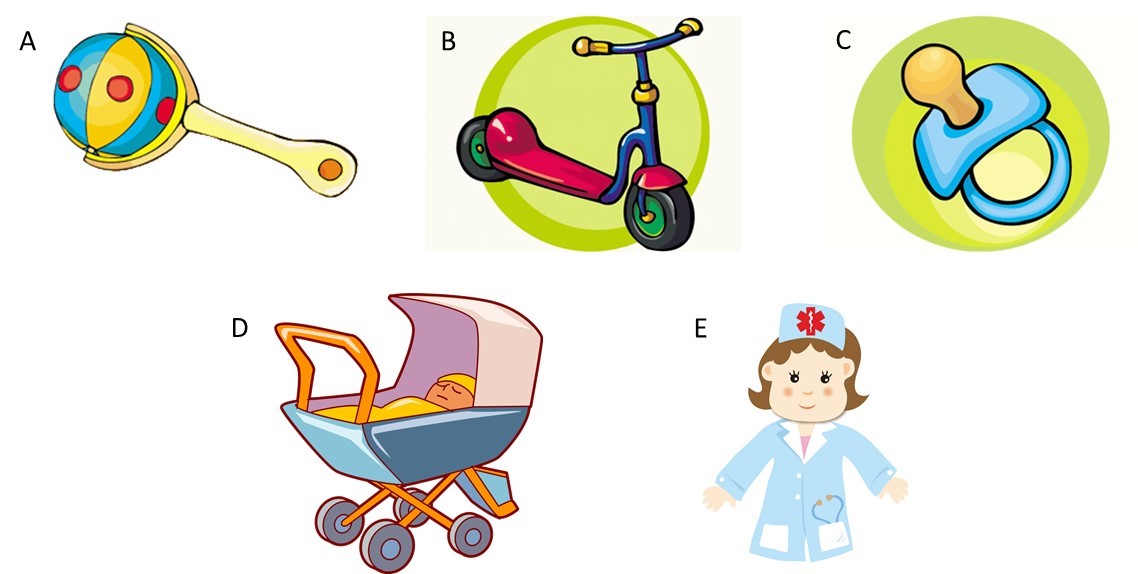